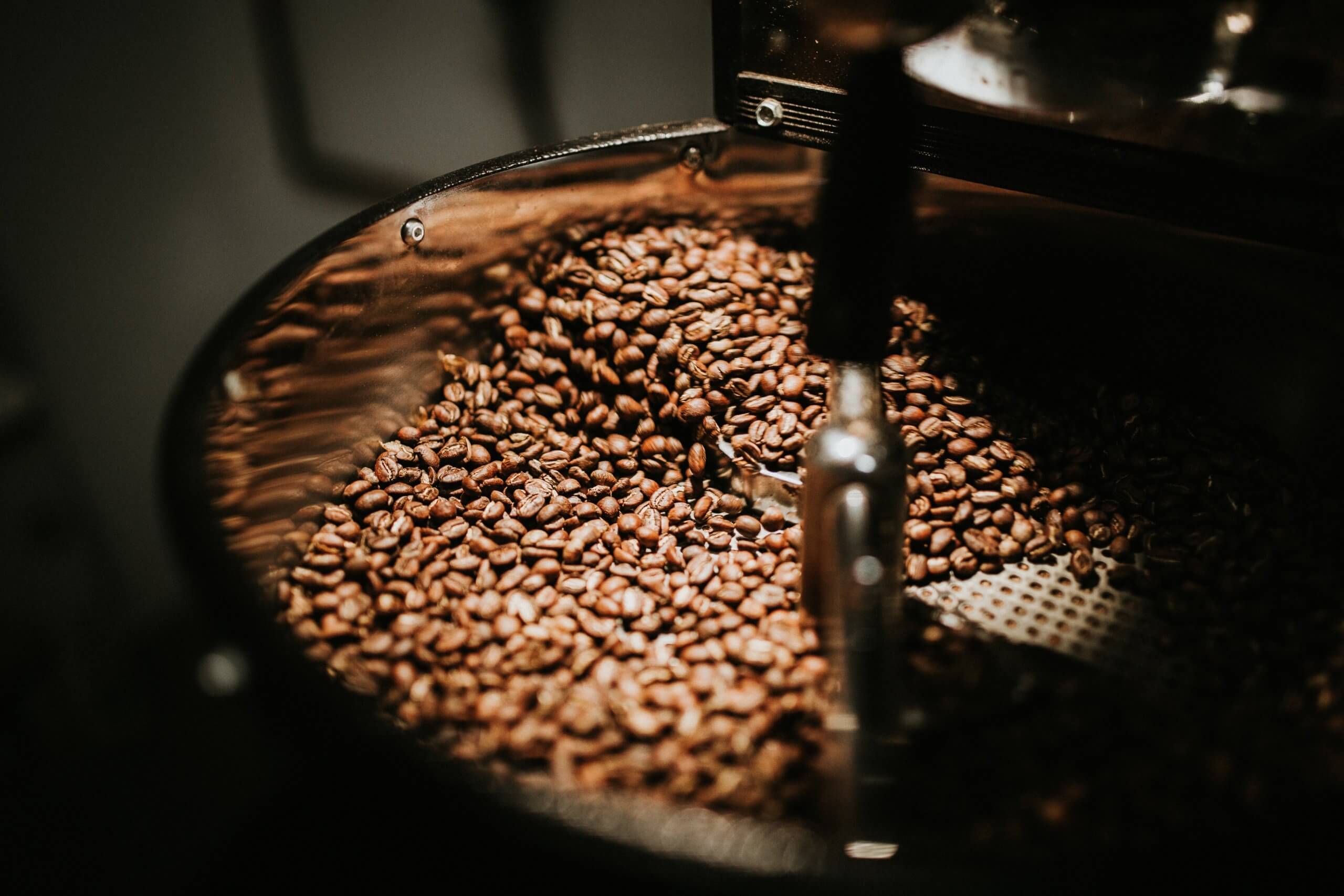 When we think of coffee, we always imagine it hot, aromatic, and delicious. One of the reasons why people are drawn into coffee is because of caffeine. So any method of decaffeinating seems bizarre for many coffee aficionados. Some people would protest with the process and say that it goes against the natural order of things.

The “Roselius Process” involves steaming coffee beans using a brine solution or water and saturated salt mixture. It also uses the organic chemical compound benzene as a solvent to extract caffeine. This kind of process is no longer used because benzene is a known human carcinogen.

The Four Main Methods of Decaffeinating Being Used Today

The four methods of decaffeination can be grouped into two categories, and each contains two ways.

In the direct method, the caffeine is removed by soaking the materials directly into the solvent. For the indirect way, the caffeine-laden water is transferred to a separate tank, and it is treated with a solvent. In this process, the solvent never touches the beans.

As mentioned, the decaffeination process of coffee involves the use of decaffeination agents. In solvent-based processes, a chemical solvent is added directly or indirectly to remove the caffeine selectively.

Given that there are numerous health hazards in the early efforts of decaffeinating, including the use of carcinogenic chemicals, the solvents that are the best options to use are methylene chloride and ethyl acetate.

The decaffeination agent is methylene chloride (CH2Cl2), or dichloromethane or MC was not considered as a health risk by the Food and Drug Administration. The determining potential health risks are so low that they are considered “as to be essentially non-existent” (FDA, 1985). The FDA regulation allows up to ten parts per million (ppm) of residual methylene chloride for decaffeinated coffees. Actual coffee industries have results closer to one part per million.

It is probable that traces of the solvent remain in the decaffeinated beans, but will unlikely survive the roasting process. The colorless liquid is volatile and will vaporize at 104 degrees F. The coffee is roasted at a minimum of 400 degrees F for at least 15 minutes, and the brewing temperature is at 200 degrees F. With this, the methylene chloride is unlikely to remain in the coffee or get blended with your fresh coffee brew.

Another decaffeination agent is ethyl acetate (CH3CO2C2H5). Some consider it more “natural” than other chemicals and much safer than methylene chloride since it exists in minute quantities in ripening fruits like apples and blackberries. Because the solvent occurs in nature, coffee beans decaffeinated using this agent are labeled “naturally” decaffeinated.

It is impractical to gather natural ethyl acetate, and it can be costly. The chemical used for decaffeination appears to be synthetic. It is ethyl acetate that is produced commercially from ethyl alcohol and acetic acid.

Ethyl acetate is also a highly volatile liquid, like methylene chloride. Thus, no traces of the chemical agent can be found in some freshly brewed coffee.

Having the basic framework to with, let us discuss the different methods.

In the indirect-solvent method, the coffee beans are soaked in almost boiling water for a few hours. It extracts the caffeine and other flavor elements and oils from the bean.

The water is then separated and transferred to another tank. The beans are washed for 10 hours with methylene chloride or ethyl acetate. At this time, the molecules of the chemical solvent selectively bind with the molecules of the caffeine. The resulting mixture is heated to evaporate the solvent and caffeine. The beans are reintroduced t the liquid to reabsorb the coffee oils and other elements/

This method was popular in Europe, and it primarily uses methylene chloride as the solvent. It was known as the “KVW Method” (short for Kaffee Veredelugs Werk), “The European Method,” “Methylene Chloride Method,” or “Euro Prep.”

For this method, the usual solvent used is ethyl acetate. That’s why it is referred to as “The Natural Decaffeination Method” or “The Ethyl Acetate Method.”

Another method used in the decaffeination of coffee is the non-solvent-based method.

This process was pioneered in Switzerland in 1933 and was developed as a commercially viable decaffeination method by Coffex S.A. in 1980. The Swiss Water Method was introduced to the market and its facility near Vancouver, British Columbia, Canada.

This method of decaffeination does not directly or indirectly add chemicals to extract the caffeine. This relies on two concepts - solubility and osmosis, to decaffeinate the coffee beans.

The beans are soaked in very hot water to dissolve the caffeine. The water is drawn off and passed through an activated charcoal filter. The porosity of the filter is sized to the required size that can capture the larger caffeine molecules. It allows the smaller and flavor molecules to pass through it.

Consequently, the beans end up with no caffeine and no flavor in one tank, and caffeine-free “flavor changed” water in another tank known as Green coffee.

The flavorless caffeine-free beans are discarded, but the flavor-rich water is reused to remove the caffeine for the next batch of fresh coffee beans.

Since the water is saturated with flavor ingredients, the flavors of the fresh batch will not dissolve. Only the caffeine moves from the coffee beans to the water. The result is decaffeination without the loss of taste.

Coffees that were decaffeinated with this method are labeled as “SWISS WATER” Decaf.

This method is exclusively used for the decaffeination of organic coffee. Coffee processed using this method undergoes regular caffeine level audits to ensure compliance of 99.9% caffeine-free.

The carbon dioxide method is the most recent in decaffeination; it was developed by a scientist of the Max Plank institute named Kurt Zosel. The process uses liquid CO2 in place of chemical solvents. It acts selectively on the caffeine and releases the alkaloid and nothing else.

In the CO2 process of decaffeination, the water-soaked coffee beans are placed in a stainless steel container called the extraction vessel. It is then sealed, and the liquid CO2 is forced into the coffee at 1000 pounds per square inch of pressure to extract the caffeine.

The CO 2 then acts as the solvent to dissolve and draw the caffeine from the coffee beans. It leaves the larger-molecule flavor components behind. The coffee-laden CO 2 is transferred to another container that is called the absorption chamber. The pressure is released, and the CO2 returns to the gaseous state, leaving the caffeine behind. The caffeine-free CO is then pumped back into a pressurized container for reuse.

This process is costly, so using this needs large quantities of commercial-grade, less exotic coffee found in stores.

Why is it so Difficult to Make Good Decaf Coffee?

Finding a good decaf coffee is difficult because of the delicate processes involved in extracting caffeine. If not done correctly, the process can damage many flavor compounds that contribute to the sensory character of roasted coffee.

The coffee beans used for decaf coffee are challenging to roast. Coffee roasters have difficulty controlling the beans since they respond inconsistently and exaggeratedly to heat applied to them during roasting. They also have a less bound moisture content that causes them to roast faster.

The different methodologies can be applied to make a good decaf coffee. The type of roast the consumer chooses has more impact on the taste than the decaf method. Avoid decaf coffees that are dark and oily to enjoy a good cup of decaffeinated coffee.